On Becoming a Transient

Kathy posted her initial post, now I need to post mine. You are going to have to bear with me, this is the first time I’ve written a blog post since April 24, 2013, so I’m a little out of practice.

So we have chosen to become transients and homeless (at least for a little while). Why? For me at least, it’s because the standard 2 week vacation is just not long enough, neither is 3 week vacation. There are just too many places to see, and too many things to do, too many far off family and friends to visit, and the traditional vacation is just not long enough. But more importantly, as I was very much made aware of this last year, life is far too short. More specifically for me at least, life is too short to only spend dinners, weekends, and a couple 2 week vacations with your wife and children. As my daughters grow older I see them becoming more independent, the days where they want to spend time with just mommy and daddy have quickly disappearing. My oldest daughter is starting middle school in the fall, and my youngest daughter already has plans to leave us and become a world famous pop star. The unorthodox  solution to this problem that my wife and I have come up with is to put our family of four in a little truck camper and head off to explore North America. Hopefully giving my daughters memories to treasure for a lifetime or at least a very interesting topic for expensive sessions with a therapist later in life. 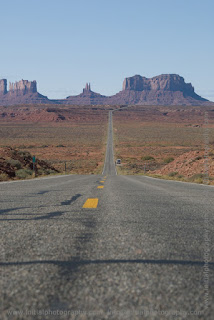 I think the idea to spend a year travelling (or 291 days to be exact) came from an article I read years ago (that I wish I could find it again) that profiled 3 families that were travelling while homeschooling their kids. One family was travelling all around the world, spending months at a given location before moving on (this idea would required more airline miles than we have), another family was biking around the United States with their children being pulled behind them (too strenuous for us), the third family which I believe was one of the Whittaker’s of local mountain climbing fame, was sailing around the world with their family. I liked this idea of sailing around the world with my family, but I don’t have a sailboat, and I am pretty sure I would sink any sailboat I was captain of once I untied the boat from the dock. So my wife and I came up with the idea of travelling North America in a converted Sprinter van, ultimately that Sprinter van eventually ended up being a pickup truck with a camper on the back.

For sometime we have been preparing for this trip, and getting rid of so many of the meaningless belonging that we have acquire over the years together. Now comes the part of figuring out where we would want to go, figuring out how to become school teachers to our daughters, figuring out what few items we will need for 9 months. All the details have not yet been nailed down, but that’s okay. A lot of this is going to require us to figure it out while on the go.

So in less than 4 weeks, the grand adventure and experiment begins. Can my family learn to live in a tiny camper with a limited number of belongings? Can my wife and I successfully home school (or road school) our children? Can we all put up with each other in such a tiny space? Will I manage to blog more than once on this adventure? We will have to see.

Here's where we've been

Here's where we skied

The Gorohoff Family (and authors of this blog)

Selfie from the Middle of Nowhere